Unitarian Universalism has its roots in progressive Western religions, but today the faith honors all traditions that seek the sacred through compassion and tolerance. We believe that truth is organic. Truth changes with time as we do. And it’s the journey that we find so exciting!

Basically, what this means is that you won’t find one unifying creed among Unitarian Universalists except for freedom, tolerance, reason and compassion. These are far more important to us than any dogma. We affirm the right of every individual to choose their own path of faith. And we acknowledge that this journey will likely look a little different for each of us. We look to the arts, science, and personal experience for worship inspiration and to draw closer to each other.

Neighborhood Church is a vibrant, modern, inclusive, liberal religious community with deep roots in Pasadena. The church’s presence dates back to 1885, when Presbyterian and Congregationalist settlers attended one service together in a chapel on the south side of Colorado Street near Orange Grove Ave.

The church went through several reinventions until in 1923 the West Side Congregational Church merged with the Unitarian Church to become the Union Liberal Church of Pasadena. It developed a reputation as a haven for intellectuals and scientific minds and earned the moniker “Neighborhood Church” because of its proximity to three different neighborhoods in the area.

In the 1960s, Neighborhood veered away from its Congregationalist leanings as teachings became less literally Christian and more philosophically open. The church’s senior minister at the time, Rev. John Baker, paved the way for most of these changes. A true reformer, Baker took part in the Selma Freedom Marches in 1964. In that same year, the church publicly took a political stand for the first time. The church opposed Proposition 14, a ballot measure intended to repeal existing legislation that prohibited racial discrimination in housing.

In 1972, Neighborhood Church officially dropped its affiliation with the Congregational Church, instead joining the Unitarian Universalist Association, where it has remained ever since.

With roots going back to 1885, we have been a part of the Pasadena community for more than a century.

A Message from Rev. Terasa

Welcome to Neighborhood Unitarian Universalist Church! It is my privilege to serve as the Interim Senior Minister during this transitional time in the life of the congregation.

This is a strong, lively, curious, loving and dedicated congregation that loves to be together and is devoted to making a difference in the world. Here you will find stimulating conversations, opportunities for quiet reflection, education in spiritual traditions for young and old, and a multitude of opportunities for hands-on social justice work.

Please join us to experience this dynamic community for yourself! 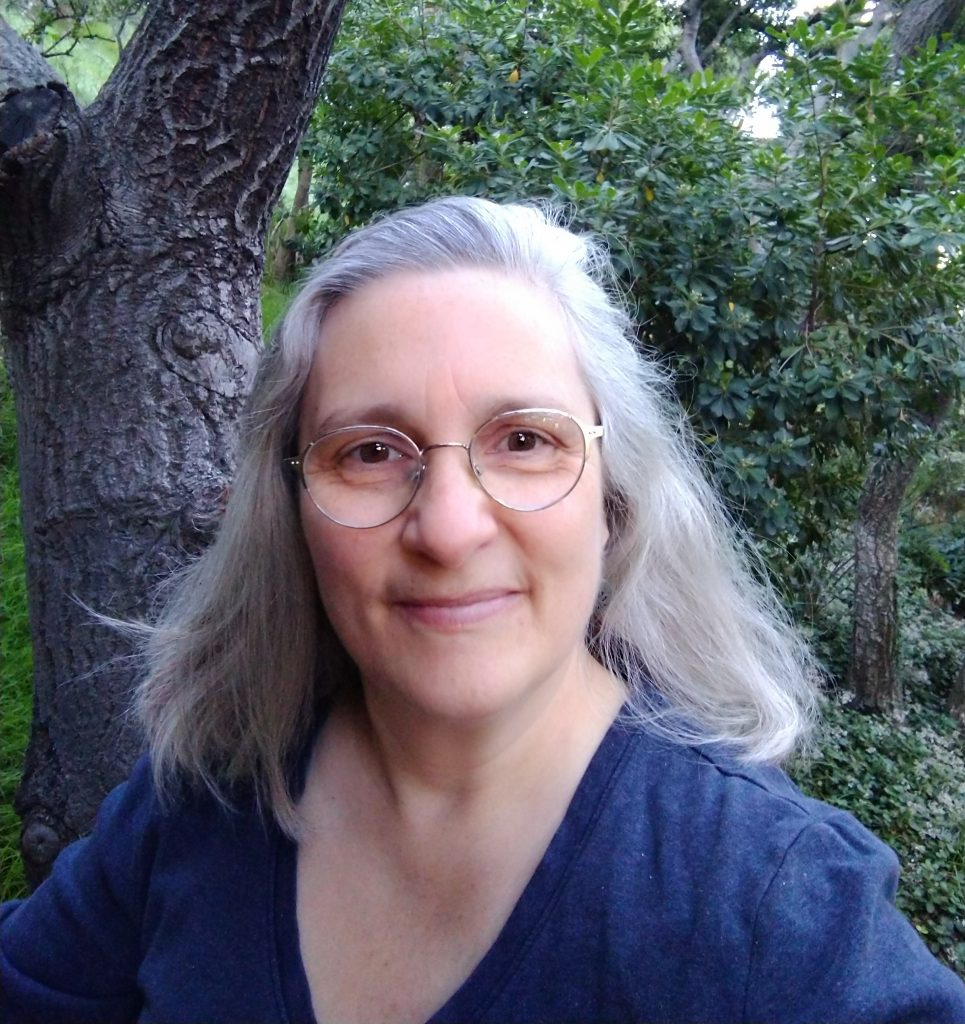 Elizabeth Sadlon and her husband Tres Izzard have been active members since 2002, raising their daughters Allie and Kenzie… 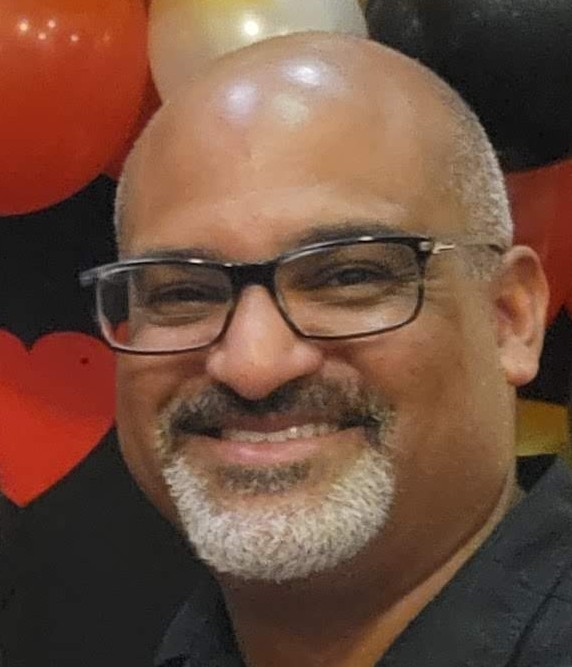 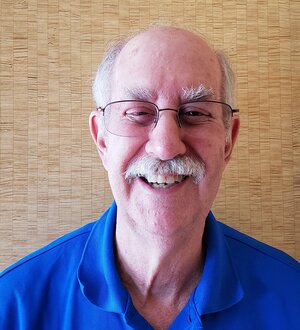 Andy Eaton has been a member of Neighborhood Church for nearly 30 years! He has two Board tenures under his belt and has… 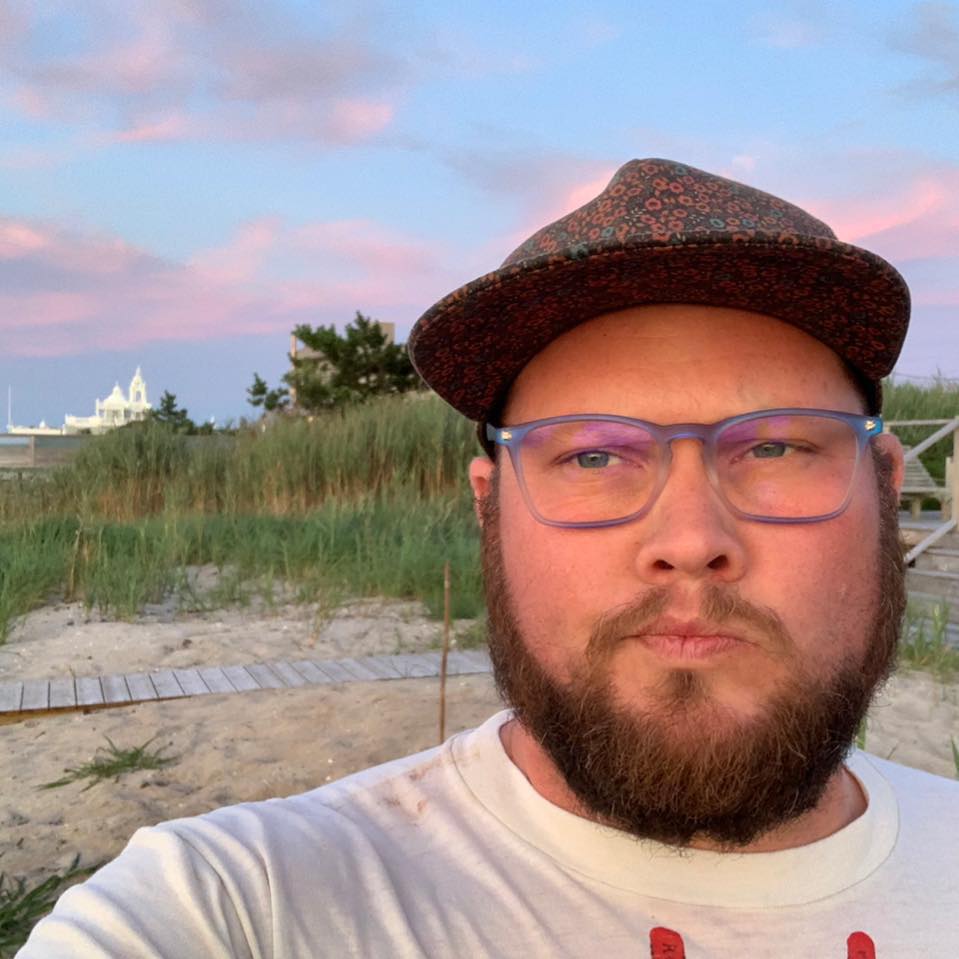 Neighborhood  since  2016. He is currently serving on the Transition Team  and as a co-facilitator of the Jr. High Youth Group… 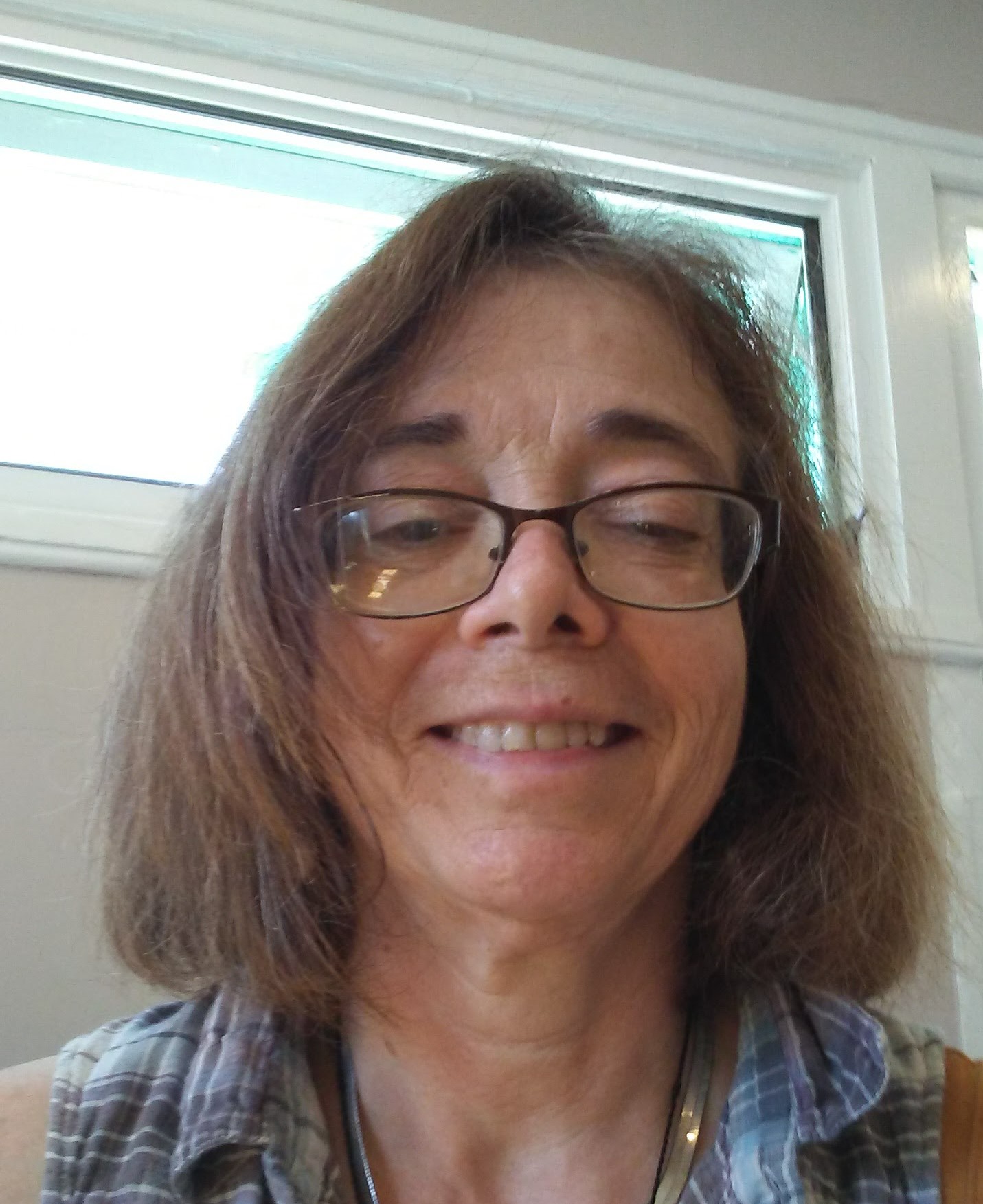 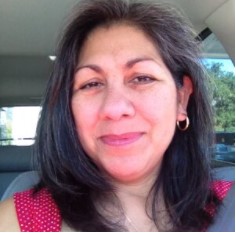 Mirna Peterson has been a church member since 1987. A former Retirement Benefits Specialist with the Los Angeles County Employees… 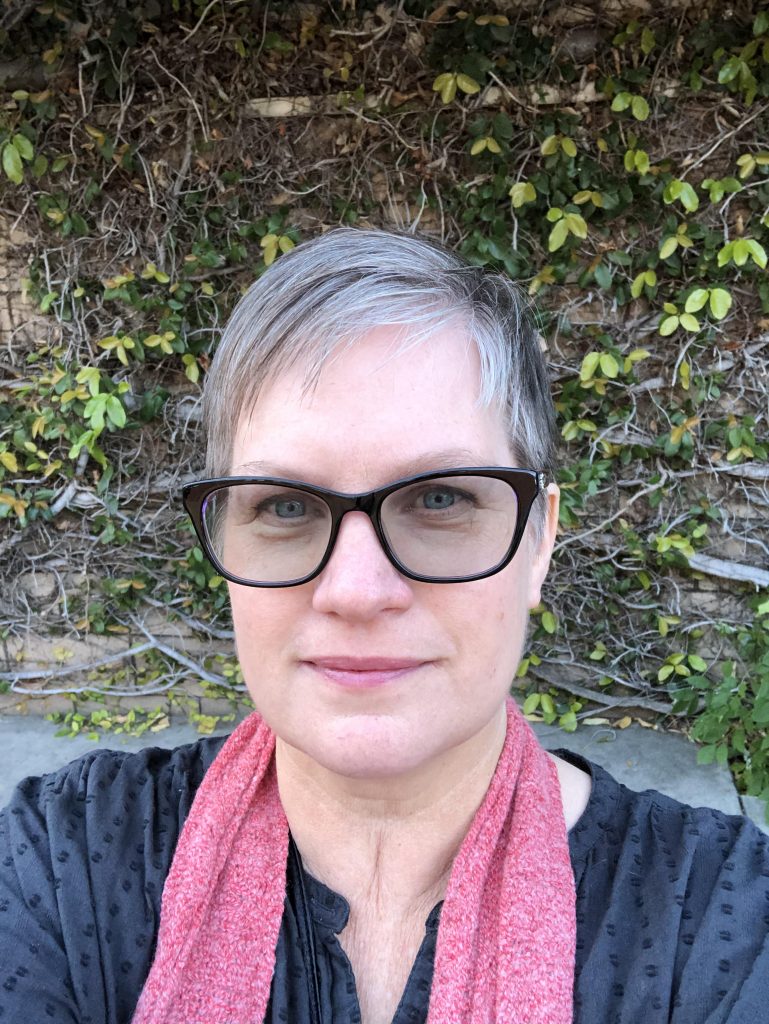 I have been a member of Neighborhood for 13 years. I love our community’s commitment to social… 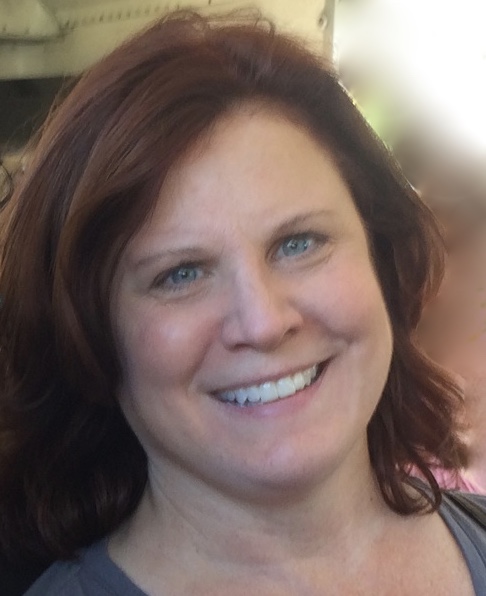 I have been a member of Neighborhood since October 2019. I love that this is a community of warm, unpretentious, smart… 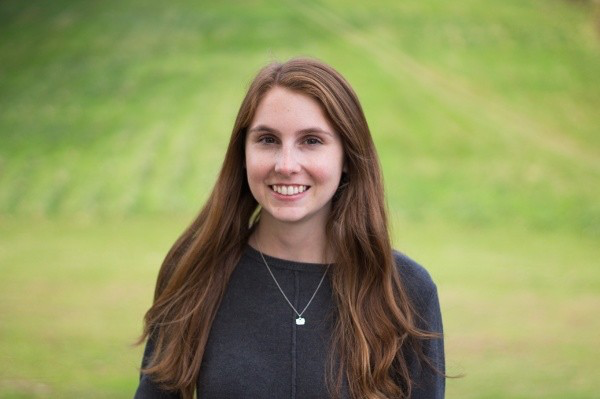 Elizabeth Sadlon and her husband Tres Izzard have been active members since 2002, raising their daughters Allie and Kenzie with the church community’s loving support.  Elizabeth is a member of the Truth & Reconciliation Committee and is active in church racial equity efforts.  She has served on the finance, stewardship, and membership committees, and volunteers with many religious education and social justice activities.  Since 1996, Elizabeth has been a strategic planning consultant to social justice organizations.  She served on the founding board of Girls on the Run of Los Angeles County, including three years as chair.  Elizabeth believes in connecting through stories, raising up historically marginalized voices, and the power of our collective leadership to create joyful, equitable communities.

James has been an active member of Neighborhood Church since 1996 and has served in both staff and volunteer roles, including service as a  high school youth advisor and religious education teacher,  a founding member of Neighborhood People of Color and the UU Motorcycle Ministry, and has offered and co-facilitated classes and discussion groups on anti-racism and identity, suicide prevention and intervention. A lifelong Unitarian Universalist, James believes in the importance of the democratic process and working in relationships with others. He has served on the music director search, the interim minister search, the nominating, and the religious education committees. James is a social worker and program manager with the Los Angeles County Department of Mental Health. He is currently actively involved in the Department’s Anti-Racism, Diversity and Inclusion Staff Advisory Council. James has been married since 1999 and lives with his spouse and two teenagers in Burbank.

Andy Eaton has been a member of Neighborhood Church for nearly 30 years! He has two Board tenures under his belt and has chaired the Stewardship, Planned Giving, and Finance Committees (and he just added the Membership Committee to the list). Outside of church, Andy serves as Chair of the Advisory Committee for Rosebud Coffee (Coffee with a Cause) and is on several professional committees. With  a PhD from Harvard in geochemistry, Andy is mostly retired as Technical Director Emeritus for Eurofins Eaton Analytical, a potable water testing lab. He and his wife, Barbara, have two adult children and live in South Pasadena. When not babysitting their grand-twins, the “twinningworleys,” they enjoy planning trips to obscure destinations such as Alaska in the winter for the Aurora Borealis.

Taylor  has  been  a  member  of  Neighborhood  since  2016. He is currently serving on the Transition Team  and as a co-facilitator of the Jr. High Youth Group. He  is also active in the Neighborhood Brave Space group  and  hosts  a  monthly  social  justice  letter-writing  group.  Taylor  worked  on  the  Neighborhood  staff  for  two  years as  the  Office  and  Communications  Coordinator  and  held  many  job  titles  including  warehouse  manager,  homeless  shelter  counselor,  baker, and reality tv producer before that. Taylor is a  lifelong  Unitarian  Universalist  that  was  born  and  raised in Plano, TX. He is  currently  back in  school  to  complete his psychology degree with a focus on social  work.  He  is  a  dedicated  advocate  for  LGBTQ+  youth  and  a  certified  foster  parent.  Taylor  and  his  wife,  Alana,  recently  moved  to  Monrovia  with  their  2  children, 2 dogs, and 2 cats. Outside of Neighborhood,  parenting,  volunteering,  and  schoolwork,  Taylor  enjoys baking, going on culinary adventures, reading,  traveling, and spending time with friends and family

Ellen has been attending Neighborhood Church since  she  moved  to California  in  2015  and  has  been  a  member  since  2017.  She  sings  in  the  choir,  rings  in  the bell choir, led a Chalice Circle for three years and  started teaching YRE 2-5 graders over Zoom in 2020.  Prior  to  moving  to  California,  Ellen  lived  in  Pennsylvania and worked as a Computer Programmer  and  Project  Leader  for  30  years  at  the  University  of  PA. At  first,  she  liked  working  with  computers  since  they mostly do what you tell them but learned as she  grew  older  that  working  with  people  is  more  rewarding,  even  though  they  are  less  predictable.  Ellen is proudly gastronomically and ethnically Jewish  (loves bagels and  Jewish culture but doesn’t practice  Judaism)  and  found  out  recently  that  she  is  a  Unitarian at heart.  In her spare  time she walks dogs,  knits,  hikes,  and  spends  time  with  her  two  cats  and  her  daughter  Cynthia  and  Cynthia’s  partner,  Colton,  who live nearby in Glendora.

Mirna Peterson has been a church member since 1987. A former Retirement Benefits Specialist with the Los Angeles County Employees Retirement Association, she left her job to raise her children. Participation in Neighborhood Church life over the years has included Dining for Dollars, Preschool Feasibility Study, Chalice Children, Spirit Play teacher, and the YRE Committee. She is married to fellow church member, Erik Peterson, and lives in Arcadia with two of their three daughters and a very old Papillon named Stella. Outside of Neighborhood, she is a PTA member and volunteer currently serving on the PTA board of Pasadena High School and a docent/usher at theatre company A Noise Within. She enjoys walking for exercise, cooking, reading, listening to music, and giving help where help is needed.

I have been a member of Neighborhood for 13 years. I love our community’s commitment to social justice and equity. I also
love being a part of a community that encourages questioning, rather than blind faith. The past two years have caused a feeling of disconnection for many people, despite the efforts of many to find connections in new ways. I want to be able to support our community as we navigate the changes that are before us. I see the possibility for growth, for my own spirituality as well as for our community. A fun fact about me: I love to roller skate, and I’m in graduate school.

I have been a member of Neighborhood since October 2019. I love that this is a community of warm, unpretentious, smart, and committed people. It was an honor to be invited to apply for a leadership role in the church. I have wanted to become more deeply
involved in the church itself, and its programs and initiatives. Serving on the Board will connect me to more of the amazing people in the congregation, and provide me with opportunities to learn, serve and grow spiritually in an uplifting community. A fun fact about me: Law is my second career. Before entering law school at 37, I was a theatre producer and manager on Broadway, Off Broadway and in regional theatres on both coasts.

I have been attending Neighborhood since I was 1 year old (1993) and a member since taking ROP (2006). I love that I got to grow up in this community that has become my second home and that raised me into the person I am today. I applied to serve on the
Board because it would provide me with a more meaningful way to participate in the community that has given me so much. I believe serving on the Board will provide me the opportunity to make more of an impact in an institution that I believe is a safe space and
instigator of positive change in this world. A fun fact about me: I actually really like my job. I enforce environmental regulations focused on air pollution at ports and rail yards. I get to inspect equipment in the field and have assessed millions of dollars in penalties.